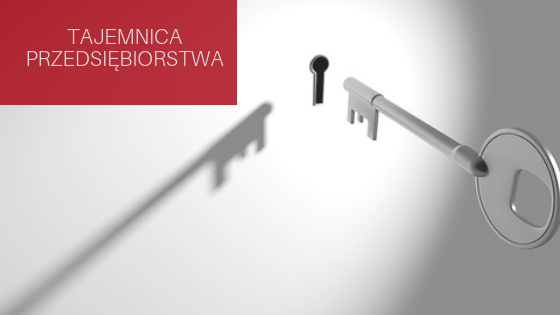 On 4 September 2018, the amendment to the Act on Combating Unfair Competition, which implements the EU legal directive on the protection of undisclosed know-how and business information (trade secrets) into the Polish legal system entered into force. Below, we describe the most important changes introduced on its basis, including in particular art. 11 of the Act on  Combating Unfair Competition describing acts of unfair competition related to infringement of trade secrets.

However, it should be underlined that new art. 11 of the above mentioned Act applies to the assessment of facts occurring after the amendment enters into force.

The change concerns, inter alia, the definition of trade secrets stated in art. 11(2) of the Act which current wording is:

The trade secret is understood as technical, technological, organisational or other information having an economic value which, as whole or in particular combination and their elements are not commonly known to people usually dealing with this type of information or not easily accessible to such persons as long as the person authorised to use the information or dispose of it has undertaken to, with due diligence, keep it confidential.

So far, the entrepreneur had to take “necessary actions” to preserve the confidentiality of information. The new wording of the act  refers to the concept of “due diligence” when taking actions to maintain confidentiality of trade secrets. In this respect it should be expected that an increased ratio of diligence will be applied to entrepreneurs in accordance with art. 355 of the Polish Code of Civil Proceedings.

The legislator also gave up the requirement of “disclosure to the public”. Trade secret according to the new rules cannot be universally known or easily accessible to people usually dealing with this type of information. Therefore, the group of entities whose knowledge is to be a measure of maintaining the information confidential is changing.

Acts that may constitute an act of unfair competition have also been described differently. In the new legal state, the disclosure, use or acquisition of third party information constituting the trade secret is considered illegal. At the same time, the new regulations describe a more detailed way what specific acts can consist in.

The condition is of course the unlawfulness of such action. The characteristic feature of every act of unfair competition is that it must be an action contrary to the law or morality and at the same time threaten or infringe the interest of another entrepreneur or client.

Acquiring someone else’s trade secrets is not always an act of unfair competition but the circumstances and way of acquiring them is important.

The act indicates, that unlawful acquisition of someone else’s trade secret takes place in particular when it occurs without the consent of the person authorised to use or dispose of information and results from unauthorised access, misappropriation, copying of documents, items, materials, substances, electronic files containing this information or enabling conclusion of their content.

Acquiring someone else’s trade secrets is not an act of unfair competition if it occurred as a result of an individual’s actions.

The act provides that it is permitted if it results from an independent discovery or creation or observation, examination, division into parts, testing of an object available to the public or legally held by the person who obtained the information and whose right to obtain information was not limited at the moment of their acquisition.

Therefore, the issue of permissive acquisition of trade secrets as a result of the so-called reverse engineering, which involves the study of a product to determine its construction and mechanism was regulated. On the basis of the conducted analysis, it is possible to reconstruct another’s entrepreneur’s product and thus obtain information that in fact is a trade secret but without simultaneous accusation of committing an act of unfair competition.

Use and disclosure of trade secrets

Acts involving the use or disclosure of information constituting a trade secret constitute an act of unfair competition, in particular when it occurs without the consent of the person authorized to use or dispose of information and violates the obligation to limit their use or disclosure resulting from the Act, legal action or other act or when made by the person who obtained this formation by performing an act of unfair competition.

What is important, an act of unfair competition also occurs when the perpetrator knew or with due diligence could have known that the information was obtained directly or indirectly from whoever used or disclosed it in circumstances determined in the unauthorised manner. Therefore, it is not allowed to use such information also when a person did not participate directly in their unlawful acquisition, but could have been aware that the person from whom the information is received, committed an act of unfair competition.

Use of trade secrets in production and trade 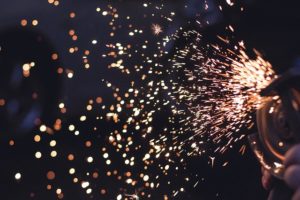 Factual circumstances in which use of  trade secrets consisting in the production, offering, placing on the market as well as import, export and storage for these purposes have been treated in  a special way.

Whether they constitute an act of unfair competition depends on the level of knowledge and awareness of the perpetrator. It is assessed whether the person knew or could have known while exercising due diligence that properties of the goods, including aesthetic or functional, the process of their production or disposal were to a large extent shaped as a result of breach of trade secret and in an unauthorized manner.

A new item in the Act is art.11 (8) which states that the disclosure, use or acquisition of information constituting trade secret is not an act of unfair competition if it occurred to protect legitimate interest protected by law, in the exercise of freedom of expression or to reveal misconduct, wrongdoing or illegal activity of when disclosure of information constituting trade secret to employee’s representatives in connection with their function under the law was necessary for the proper performance of these functions.

As you can see, there are situations in which trade secret must give way to superior values. Persons who detected the unlawful activities of a given entrepreneur (whistleblowers) are often afraid of allegations of disclosing the trade secret and this prevents them from whistle-blowing misconducts. The same applies to journalists who, when describing a topic related to economic activity, had to face difficulties.

No restrictions on the liability of former employees