The rules concerning the establishment and operation of pharmacies in Germany are regulated by the Act on pharmacies (Apothekengesetz), which provides that pharmacies may only be operated by pharmacists. A pharmacists may run one main pharmacy and three branches. The form of joint economic activity run by a few pharmacists may be partnership or general partnership. However, all partners must have the appropriate permissions. It is unacceptable to have shares in the pharmacy or to act as a ‘silent partner’ or other agreement that would allow to obtain income from running a pharmacy by a third party. This also applies to lease agreements in which one of the requirements would be profit sharing from the activities of the pharmacy. Leasing pharmacy is only possible in cases specified in the Act.

In Germany, there are no additional geographical or demographic requirements on which obtaining a permission to open a pharmacy would be dependent. This follows from the judgment of the Federal Constitutional Court of 11 June 1958 (1 BvR 596756) which stated that such restrictions would be contrary to the constitutional freedom of establishing and conducting an economic activity. Pharmacies may therefore be set up without limitation if the objective conditions specified in the Act referred to above are satisfied.

In the judgment of 19 May 2009 in joined cases C‑171/07 and C‑172/07 while assessing the German legislation the Court of Justice of the EU stated that the national regulations which prevent persons not having the status of pharmacists from owning and operating a pharmacy are not contradictory to the principle of freedom of establishment.

According to the Medicines Act 1968 a permission to operate a pharmacy may only be issued to a pharmacist  sole trader, a partnership consisting entirely of pharmacists, or to a body corporate (usually a limited company) provided that a superintendent pharmacist is appointed whose responsibility is to supervise the way in which the company carries out its professional pharmaceutical activities.

The main condition for obtaining permission to open a pharmacy in Great Britain, thus concluding a contract with the National Health Service (‘NHS’) is demonstration by the applicant that opening of a new pharmacy is necessary to ensure that local community has access to pharmaceutical services. Following the submission of relevant applications the pharmaceutical needs assessment is carried out.

In Great Britain, in principle, there are no geographical or demographic restrictions that would affect the number of pharmacies which is justified by a real demand for pharmaceutical services. Restrictions apply only to the so-called controlled areas, referred to as rural areas. Applications for opening of a new pharmacy in these areas are recognised after examining whether the new pharmacy will not violate the proper performance of medical or pharmaceutical services in a given area.

In Austria, pharmacies may be set up by persons who have professional qualifications specified in the Act. The authorisation to open a pharmacy in a specific location is granted if in the municipality where the pharmacy is to be opened a doctor is already permanently established and there exists a need for a new pharmacy. It is assumed however that such a need does not exist where on the date the request is submitted in the municipality where the proposed pharmacy is to be located a doctor’s dispensary already exists and at least two (full-time) positions for doctors operating under contract for medical health insurance are occupied by general practitioners or where the distance between the location of proposed pharmacy and the closest existing pharmacy is less than 500 meters, or as a result of the establishment of the new pharmacy the number of people that will remain to be served by the existing pharmacy would fall below 5500.

The people to be served are those inhabitants living within 4 kilometres from the nearest operating pharmacy. Where the number of those inhabitants is lower than 5500 then people who are to be served by virtue of the fact that they work in the area or of better means of transport to a given pharmacy must be taken into account. The distance between the pharmacies may be reduced in order to ensure an adequate supply of medicines to the public.

The Austrian regulation has been subject to evaluation in the light of the EU principle of freedom of establishment laid down in art. 49 of the Treaty on the Functioning of the EU which has been made in the Court of Justice of the EU judgment of 13 February 2014 in the case C-367/12.

The Court in its judgment emphasised that according to the settled case-law, in principle, Member States may adopt a system of prior authorisation for the establishment of new healthcare providers, such as pharmacies, if such system proves indispensable for filling in possible gaps in access to public health services and for avoiding the duplication of structures so that an insured person is provided with public health care which is adapted to the needs of the population which covers the entire territory and takes account of geographically isolated or otherwise disadvantaged regions (cf. Blanco Pérez and Chao Gómez judgment in joined cases).

In the discussed case the CJEU pointed out that in principle Austrian requirements are objective in nature, however it questioned the criterion for the number of people that will remain to be served. According to the CJEU it gives rise to a danger that equal and adequate access may not be guaranteed for certain people living in rural and isolated regions that are situated outside the existing pharmacies’ areas of supply, in particular for people with reduced mobility.

National legislation which lays down as an essential criterion for determining a need for the establishment of a new pharmacy a rigid limit and does not allow competent national authorities to depart from that limit to take into account particular local geographical conditions is contrary to art. 49 of the TFEU.

As a result of CJEU judgment changes were made in the Austrian Act on pharmacies. Currently § 10 sec. 6a says that the number of people to be served may be reduced if due to specific local conditions it is necessary to ensure adequate supply of medicines to the public taking into account pharmacies already operating, including branches and doctors’ dispensaries.

Actions for damages for infringement of competition law 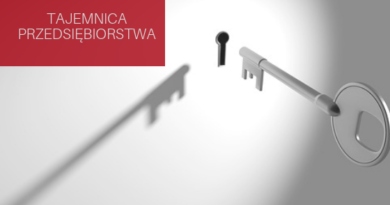