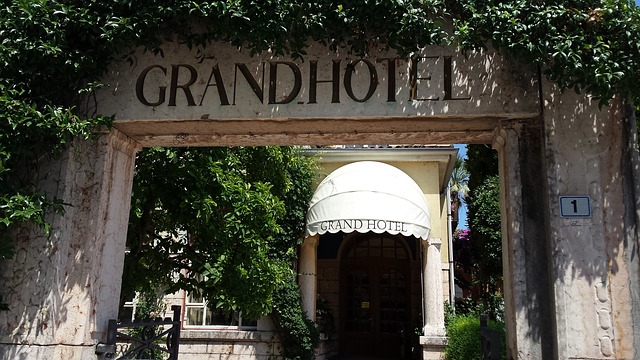 A dispute arose between two owners of hotels concerning the use of the term ‘grand’ in the name of their facility. The entrepreneur, who ran his hotel under the ‘grand’ signboard for a much longer time, argued that the competitor’s actions may mislead consumers as to the identity of the enterprise, thereby fulfilling the conditions of art. 5 of the Act of 5 April 1993 on combating unfair competition.

According to art. 5 of the Act, designation of the enterprise that may mislead the clients as to its identity by using firm, name, emblem, abbreviation or other characteristic symbol previously used, in accordance with the law, to designate different enterprise is an act of unfair competition.

The Claimant demanded that the defendant was ordered to cease the misleading designation of the enterprise as far as the term ‘grand’ was used in the designation. The District Court in first instance dismissed the claim as unfounded as in accordance with the principles of life experience, the term ‘grand’ is commonly used in the hotel industry as a positive expression and does not constitute a brand of specific hotel or chain of connected accommodation facilities. This means that the client looking for a hotel encounters many facilities that contain the word ‘grand’ in their name and therefore it is clear to him that he cannot be guided solely by the term used by such a large number of unrelated entities if he looks for a specific hotel.

At the same time, the Court considered that since the word ‘grand’ is commonly used to describe high-standard hotels, knowledge about it is rooted in the public’s awareness and this fact is easy to determine using an internet browser then the word indicated is descriptive and not distinctive.

The above considerations led the Court to the conclusion that such a distant lack of ability to distinguish and the widespread use of the term ‘grand’ does not create a risk of confusion among customers. The indicated term is commonly used in the naming of hotels to emphasize their high quality and therefore its use even by facilities of a similar standard located in the same city cannot be considered contrary to the principles of good customs. The use of distinctive signs that could actually create a risk of confusion would not be compliant not only with good customs and social coexistence rules but also with the law.

The Court referred also to the model of the client who when deciding on a more expensive, higher quality service (five star hotel), pays special attentions to the standard of the facility which means that when making a decision he exercises greater care. Thus, the model client will know that in order to choose the claimant’s hotel, he must follow different criteria than just the term ‘grand’ used in the name of the facility because it is only used to describe the standard.

The above led the District Court to the following to the following conclusion: ‘ the defendant’s actions do not fulfill the premises of an act of unfair competition which is the designation of the enterprise in a way that may mislead as to the identity of the enterprise. The defendant has a strong, well-established market position and his name is well-known to clients which has a major impact on the risk of mistake. Meanwhile, the claimant’s hotel name uses a descriptive designation which is commonly used in the industry. The universality of use and descriptiveness in this case exclude the risk of confusion’.

The arguments of the District Court in Krakow were entirely shared by the Court of Appeal in Krakow which in its judgment of 5 September 2019 in the case with reference no I AGa 198/18 dismissed the Claimant’s appeal as unfounded.

Summing up, according to the presented judgment, the term ‘grand’ used in the hotel industry to designate hotels is only descriptive and not distinctive which means that its use does not constitute an act of unfair competition regulated in art. 5 of the Act on combating unfair competition.