On 10th December 2015, an amendment became effective to the German Act on combating unfair competition (UWG).

First of all, the changes made relate to the systematic structure of the Act and the terms used therein. The main purpose of the reform is to adjust the German Act to the requirements of the Directive 2005/29/EC of the European Parliament and of the Council of 11th May 2005 concerning unfair business practices.

§ 3 of the UWG containing the definition of an unfair business practice was edited anew. Currently, section 1 of this regulation contains a general ban on using unfair business practices, while section 2 points out when practices directed towards consumers or involving them should be recognized as unfair. In this respect, the Act introduces the concept of diligence of a professional entrepreneur which failing to be exercised is the decisive factor in recognizing a business practice as unfair. The actions enumerated in the so called black list annexed to the Act are still recognized as unlawful in any circumstances.

§ 3 of the UWG does not directly refer to unfair practices in relation to other entrepreneurs but the very content of section 1 points to the general ban on using such practices.

And § 4 of the UWG is dedicated to the protection of competing entrepreneurs specifying the types of unfair activities such as defamation of a competitor, making slandering statements concerning goods, services offered by such competitor, his business activity or personal situation, spreading information false and damaging to a competitor’s reputation, imitation of products, deliberately hindering activity of a competitor. Indeed, this regulation contains a closed catalogue of unfair practices, but it is noted that like before actions specified therein may be recognized as unlawful under the general clause from § 3 section 1 of the UWG.

Attention should also be paid to § 3a of the UWG. It refers to a violation by an entrepreneur of the laws enacted for a given type of activity in the interests of all market players. A violation of this type is an unfair practice if it can noticeably affect the interests of consumers, competitors and other market participants.

Moreover, in § 4a of the UWG a ban was introduced on using the so called aggressive market practices. A novelty is an extension of the scope of this ban also to other entrepreneurs, i.e. to the B2B relationships. The same applies to misleading practices. The question of misleading by nonfeasance, or concealment of certain facts, first of all including failure to fulfil information duties vis-à-vis consumers, was regulated separately in § 5a of the UWG.

The amendment to the German Act on combating unfair competition does not introduce revolutionary changes in respect of the essence but organizes the systematic structure of the Act which will have a significant impact on its application in practice. 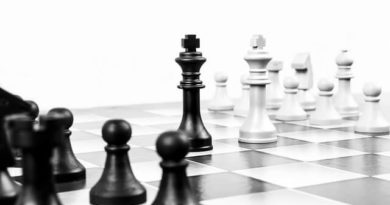 When posting negative reviews may infringe the law?