French competition law is based on article 1382 of the civil code, which only contains a broad regime; in addition, a vast amount of unsettled case law exists. Broadly speaking, several acts of unfair competition are prohibited by courts on this case law basis, such as counterfeiting and the concept of parasitism. Under later concept, only if the parasitism creates a risk of confusion, it is however punishable.

In the practical case discussed below, the difficulty of demonstrating sufficient proof that a risk of confusion was indeed established, led to the rejection of a claim that seemed solid at first sight. In addition, the insolvency of the company which allegedly practiced the unfair competition, increased the difficulty to obtain compensation.

Company A concludes a distribution agreement for a fixed term with firm B, which stipulates that the distributor shall not be concerned or interested, either directly or indirectly, in the manufacturing or distribution of any competing products without express prior written authorization from company A.

After a series of lack of payment by company B, company A terminates the Distribution Agreement in accordance with its termination clause. Company A later discovered that firm B was distributing and promoting the following competing products under the name [Part of the name of company A + “Display”]

The answer was given by: 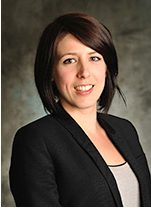 The Court was asked to recognize

Finding of the court:

Positive aspects for the plaintiff