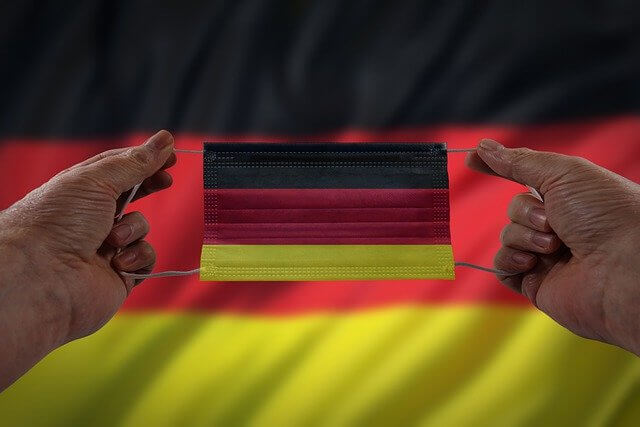 The tendency to use more or less suggestive references to the fight with corona virus in advertising since the beginning of the COVID-19 pandemic is also visible on the German market. This type of practice is particularly intensified in the food and pharmaceutical industries.

The German Competition Organisation (Wettbewerbszentrale) takes a number of steps to stop entrepreneurs from directing misleading contents at consumers.

In cases concerning competition and consumer protection, German courts issued the so-called interim orders („einstweilige Verfügung”) ordering the cessation of unfair practices. It is sufficient to make the claim plausible which allows for a quick reaction to the found breach.

Mushroom powder and protection against virus

An example of cases related to the use of references to the coronavirus in marketing campaigns can be the proceedings against an entrepreneur using the following slogan in online advertising:„Corona-Infektion: Wie wir uns mit Vitalpilzen schützen können!“ (“Corona infection: How can we protect ourselves with Vitalpilzen”).

The advertisement was stated to be illegal in the light of the German provisions on medicinal products and the act on unfair competition and was prohibited on the basis of the decision of the National Court in Gießen of 6 April 2020 in case with file reference no 8 O 16/20.

The Court found that the advertisement indicated that the preparation made of mushrooms had medicinal properties that it did not have. While the contested slogan does not make a clear promise of cure, it does suggest protection against infection or protection in case of corona virus infection. Such claims would be allowed only if the effective action against the virus was supported by reliable scientific research. LG Gießen stated that according to the current state of medical knowledge and in the light of scientific research conducted worldwide, there is no evidence that any substance effectively protects against the virus.

Supplements in the fight against coronavirus

In a case in which the National Court issued a decision of 27 April 2020 (file reference no 43 O 39/20), the producer of supplements advertised its products with graphics with a man fending off the coronavirus and the slogan: „Volle Power für Ihr Immunsystem“  (Full strength for your immune system).

The Court stated that the graphics misleadingly suggest that the product protects against a virus and therefore its use is against the law.

In another case, in which an action was brought to the National Court in Munich, a distributor of a food product enriched with vitamin C presented in an advertisement a woman wih a mask on her face and the slogans: „Schützen Sie Ihren Körper. JETZT!” (“Protect your body NOW!”) and „Vor multi-resistenten Bakterien und internationalen Viren schützt Sie ein optimales Immunsystem* – 365 Tage im Jahr” (“An optimal immune system protects against multidrug-resistant bacteria and international viruses – 365 days a year”).

It should be emphasised that the use of prohibited forms of advertising related to the coronavirus is considered not only as a danger to consumers to whom such advertising is directed but also as a violation of the interests of other entrepreneurs who do not use such means.