Financial Ombudsman, acting on the basis of the Act of 5 August 2015 on complaint handling procedure by financial service providers and Financial Ombudsman (The Journal of Laws of 2016, item 892) (‘the Act’), may give substantial support to the clients of national and foreign banks in disputes arising out of Swiss-franc valorised or indexed credit agreements.

Financial Ombudsman takes actions ex officio or at the client’s request after prior exhaustion by that client of the bank’s complaint procedure and in the event of failure to approve the claims by the bank. Any claim directed to the bank in which the customer objects to the services provided is considered to be a complaint. The bank is obliged to respond to this complaint without undue delay, but no later than within 30 days of its receipt (see art.2 sec. 2 and art.6 of the Act).

The substantive support of the Financial Ombudsman in the dispute with the bank may take the form of: intervening proceedings, conciliatory proceedings and expression of the significant view in the case pending before the court. Initiation of each of the aforementioned steps requires filing a separate application to the Ombudsman.

The Financial Ombudsman may, if it is determined that the rights or interests of the client have been violated in a particular case, ask the bank to reconsider the case initiated by the complaint (art. 27 of the Act). The Ombudsman seeks to change the decision made  by the bank in the complaint procedure by pointing out arguments in favour of the client.

Pursuant to art. 35 of the Act the dispute between the client and a bank may be terminated by out-of-court proceedings before the Financial Ombudsman. The request for initiation of the aforementioned proceedings is the only one subject to a fee of 50 PLN. The Ombudsman acts in such a case as an independent and impartial mediator who does not represent any of the parties.

Expressing significant view in the case

The Financial Ombudsman may also, at the judicial stage, express a significant view in the case over a client dispute (see art. 28 of the Act in conjunction with art. 63 of the Code of Civil Procedure). The Court responsible for the case must take a position on the arguments expressed in favour of the client presented by the Financial Ombudsman, but the arguments are not binding on the Court. 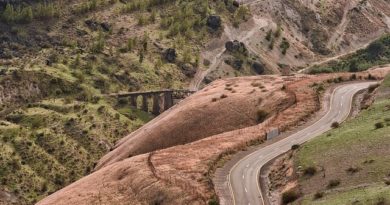