In the judgment of 22nd August 2016 the District Court in Warsaw analysed how the abusiveness of the index clauses concluded in the credit agreement indexed with the foreign currency exchange rate influences on the validity of the credit commitment.

In that case the plaintiff claimed that the agreement concluded with the sued bank included  prohibited by the art. 385 of the Civil Code terms of the agreement that may not be used in the contracts with the consumers. The plaintiff indicated that provisions introducing the so-called index clause that allowed the credit that was in fact granted in Polish Zloty to be settled in Swiss Francs. Furthermore, it allowed the bank for unilateral and arbitral determination of the amount of commitment to be paid by the debtor. In the plaintiff’s opinion, the indicated prohibited term of the agreement let the bank charge higher amount of performance which should be returned as undue performance.

In order to demonstrate that the above clause was abusive the plaintiff referred to the judgment of the Court of Competition and Consumer Protection of 14 December 2010 (file ref. No XVII AmC 429/09) in which the term of the agreement applied by the defendant  in the template of the agreements that was identical to the one concluded with the plaintiff was found to be prohibited.

The District Court in Warsaw stated unambiguously that if the term of the agreement is considered prohibited in abstracto, such judgment is also used directly in concreto, i.e. in cases with the subject using it is a participant if the case concerns the identical term of the agreement as in the judgment resulting from the abstract control. For that reason there was no necessity for reviewing the abusiveness of the challenged provision for the second time.

The Court assessed the case in a controversial manner with regards to the valorisation mechanism finding this mechanism as a provision defining the main performance of the parties because it differentiates the analysed contract from both the foreign currency credit as well as from PLN credit. For that reason the challenged credit agreement may not be performed without the omitted subject provision. No index clause in the agreement makes it impossible to establish the exchange rate under which the calculations of performance in the foreign currency should be made and hence it is impossible to determine the amount of the main performance as well as due interests.

Additionally, the court stated that in the Polish legal order on the date of conclusion of the agreement no relatively binding legal norm which would be applicable in the place of questioned index clause existed.

Taking the above into account, the District Court in Warsaw found that the indexed credit agreement after the elimination of abusive index mechanism may not be executed and the agreement itself is invalid. The credit commitment has therefore never arisen and the parties to the agreement are obliged to return whatever they performed in relation to the invalid agreement as undue performance. The creditor should therefore return all the performances taken from the debtor, and the debtor should return the amount of the actual granted credit with the possible additional fees for use of that capital. 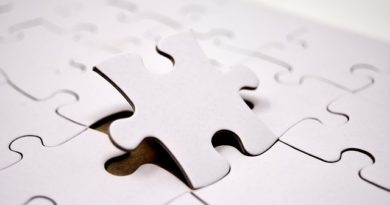 Polish order for payment proceedings questioned by the CJEU